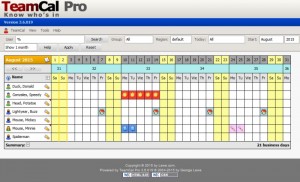 with the release of TeamCal Neo, the successor of TeamCal Pro, I have ended the development of TeamCal Pro. No further improvements or features will be developed anymore.

TeamCal started as an Excel application somewhen in the late 90’s. In 2004 when the Internet and web applications were mushrooming I decided to develop the first online version, “TeamCal”. It was then not using a database yet but flat INI files. The last release of TeamCal is still downloadable from here: Downloads.

TeamCal Pro (TCP) was the logical next step, starting a pure web application from scratch and adding database support. When I decided to publish it to the public I did not expect that it would become so successful and popular. Many users confirmed to me that the concept of a day-based calendar was one key factor for it’s success. The rest is about to become history at the end of this year, 2016.

Web technology has advanced super fast in the last ten years and with the introduction of mobile devices, responsive design became important. User interfaces changed a lot too. All in all I came to realize that the TeamCal Pro engine could not be squeezed any longer to get all these new requirements achieved. The idea of another “start from scratch” – TeamCal Neo (TCN) – was born. In 2014 I began the work on it.

TeamCal Pro, and TeamCal Neo for that matter, wouldn’t be what they are today without you, the user community. Bug reports, improvement and feature requests came in at a rate that I was not prepared to handle at first. Also, mods and language files were contributed, making TeamCal Pro rather a community product than one of a single developer. I can only say Thank You again to all involved. 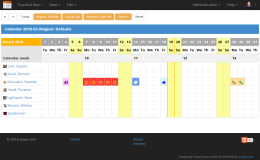 Now, that TeamCal Neo is out and picking up a lot of speed I realized, as sad as it is, that it is time to end development and support of TeamCal Pro.

So in April 2016 I announced that TCP is not further developed anymore to be able to concentrate on TCN.

The first public release of TeamCal Neo was published in July 2016. Since then I have been, again, more busy than expected to address requests from the community.

In order to concentrate my attention on the new TeamCal Neo, the TeamCal Pro Lifecycle has to end as well at a certain point. This will be the end of 2016 when I will also end the support of TCP.

What to do to upgrade?

Yes, you can upgrade your TeamCal Pro to TeamCal Neo. Some features have changed but all your core data can be imported into TeamCal Neo. Read all about it here:
https://georgelewe.atlassian.net/wiki/display/TCNEO/TeamCal+Pro+Import

What do you say?

I hope for your understanding and thank you for the support, feedback and ideas I have received from you since 2004. I hope you will show the same enthusiasm for the new TeamCal Neo.

Feel free to add your thoughts below…

TeamCal Pro is the classic version of the popular free online calendar. TeamCal Pro is not supported anymore and will not be further developed. It is replaced by the new TeamCal Neo. 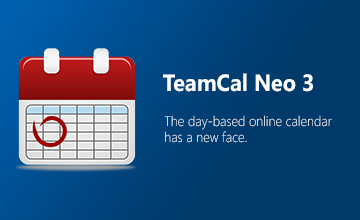 TeamCal Neo 3 has now been branched off of the legacy TeamCal Neo and will further be developed as a commercial release. Its little brother, TeamCal Neo Basic, however, will stay free to use for any purpose and covers all core features of the legacy release. 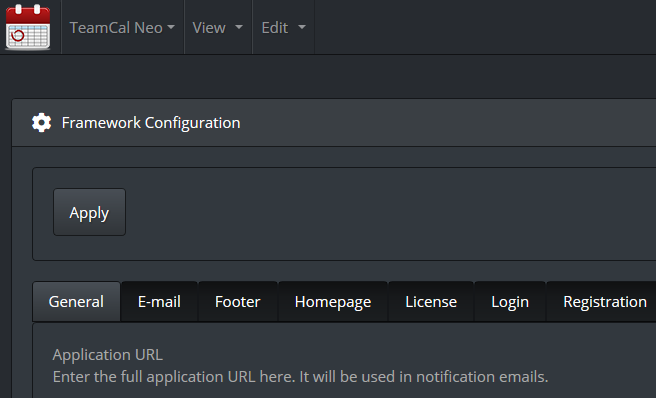 Care for looks? No problem. TeamCal Neo comes with 23 different visual themes that you can easily select from the Framework Configuration. You can even configure whether users can select their own favorite theme or whether they have to live with your choice as an administrator. 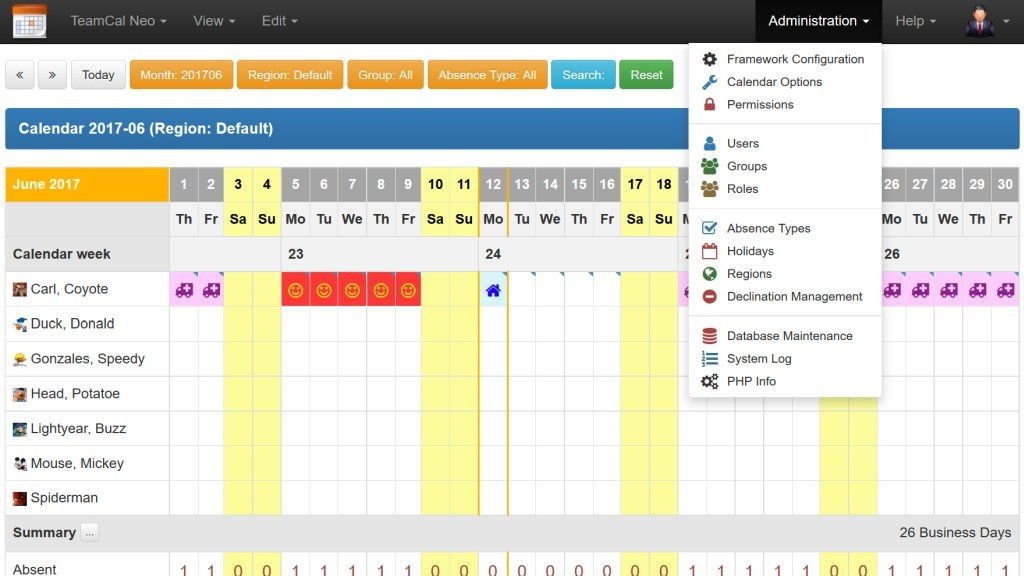 TeamCal Neo is a web-based calendar application and successor to the popular TeamCal Pro. It’s purpose is the day-based absence management of project teams. TeamCal Neo’s goal is to maintain the successful concept of a day-based calendar while providing an easy yet attractive user interface. TeamCal Neo supports the customization of holiday types and absence… 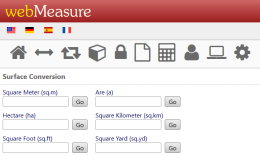 What is webMeasure? webMeasure is an online conversion utility. Convert linear, areal, volume and many more units. Quick, easy and responsive, from anywhere. 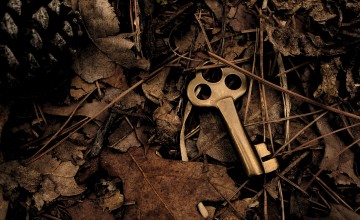 Read here about how to get a license and receive a license key for your Lewe products.

This website uses cookies to improve your experience while you navigate through the website. Out of these, the cookies that are categorized as necessary are stored on your browser as they are essential for the working of basic functionalities of the website. We also use third-party cookies that help us analyze and understand how you use this website. These cookies will be stored in your browser only with your consent. You also have the option to opt-out of these cookies. But opting out of some of these cookies may affect your browsing experience.
Necessary Always Enabled
Necessary cookies are absolutely essential for the website to function properly. This category only includes cookies that ensures basic functionalities and security features of the website. These cookies do not store any personal information. This category also includes the loading of free fonts from Google servers from your IP address.
Functional
Functional cookies help to perform certain functionalities like sharing the content of the website on social media platforms, collect feedbacks, and other third-party features.
Performance
Performance cookies are used to understand and analyze the key performance indexes of the website which helps in delivering a better user experience for the visitors.
Analytics
Analytical cookies are used to understand how visitors interact with the website. These cookies help provide information on metrics the number of visitors, bounce rate, traffic source, etc.
Advertisement
Advertisement cookies are used to provide visitors with relevant ads and marketing campaigns. These cookies track visitors across websites and collect information to provide customized ads.
Others
Other uncategorized cookies are those that are being analyzed and have not been classified into a category as yet.
SAVE & ACCEPT
Powered by